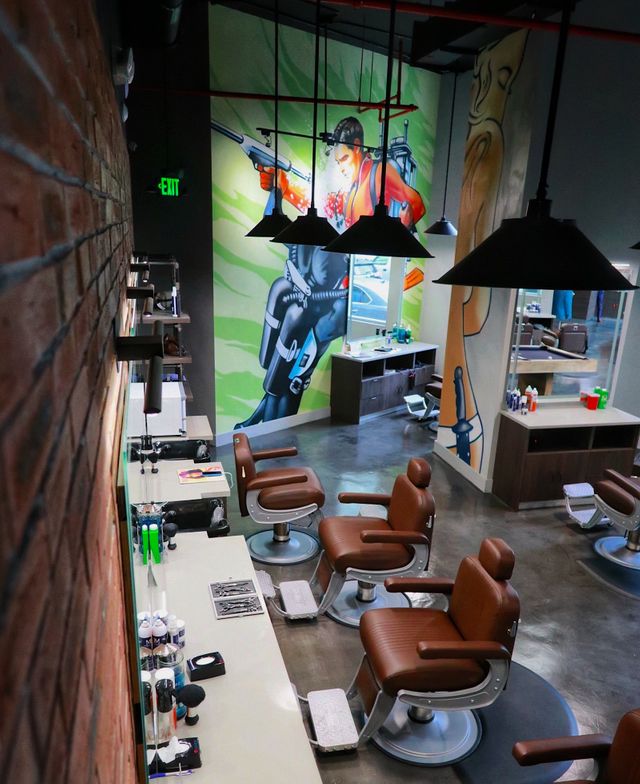 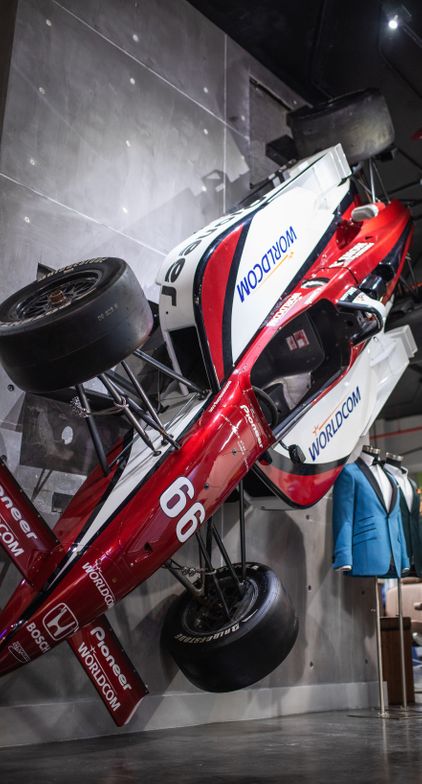 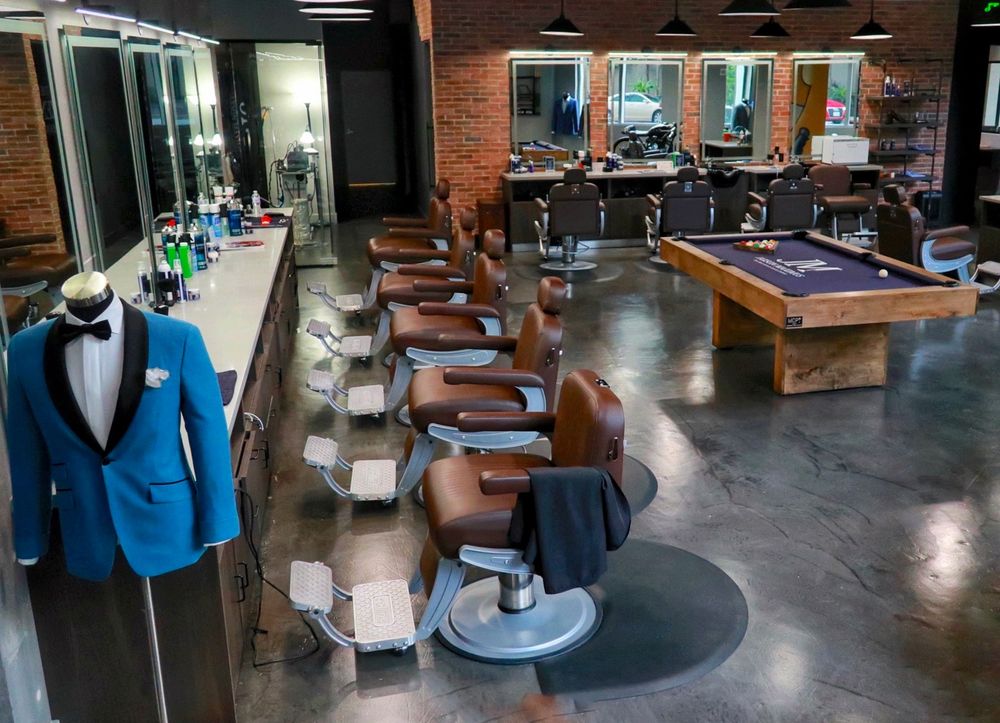 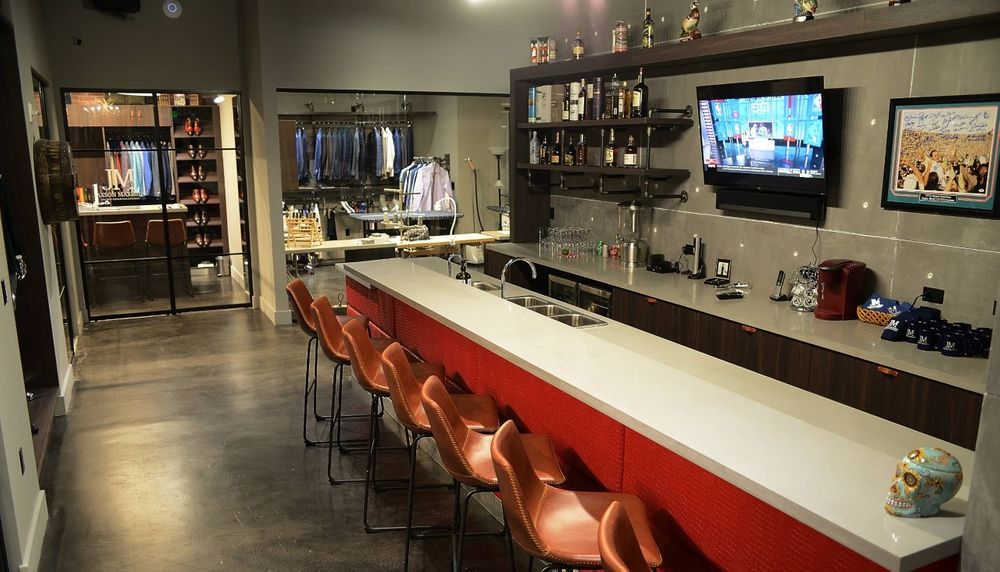 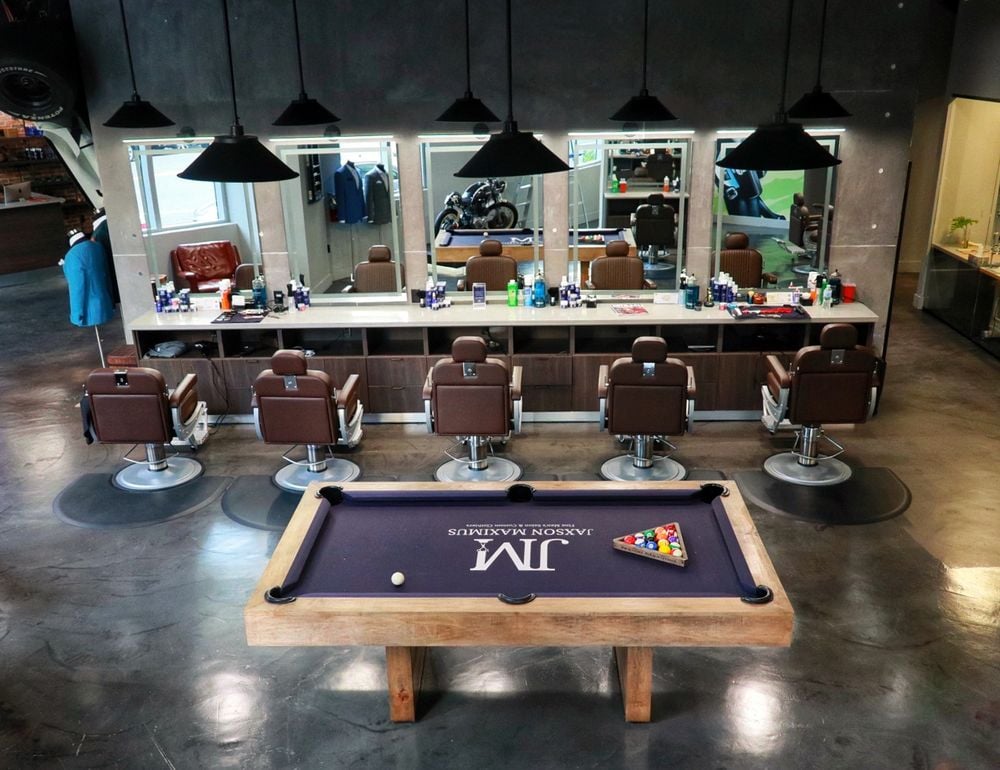 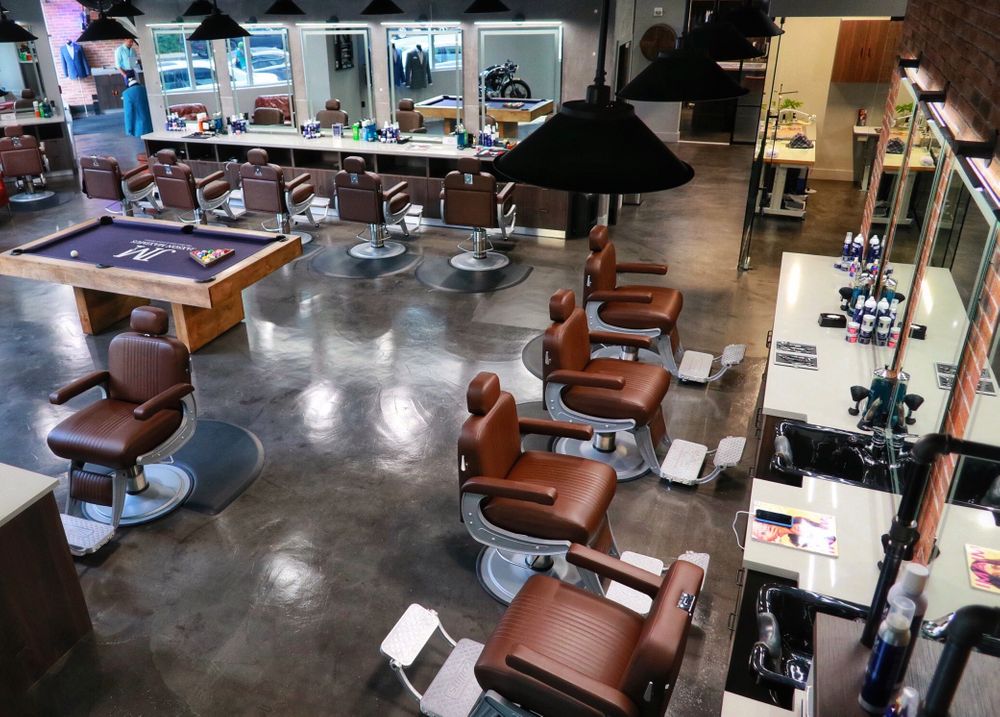 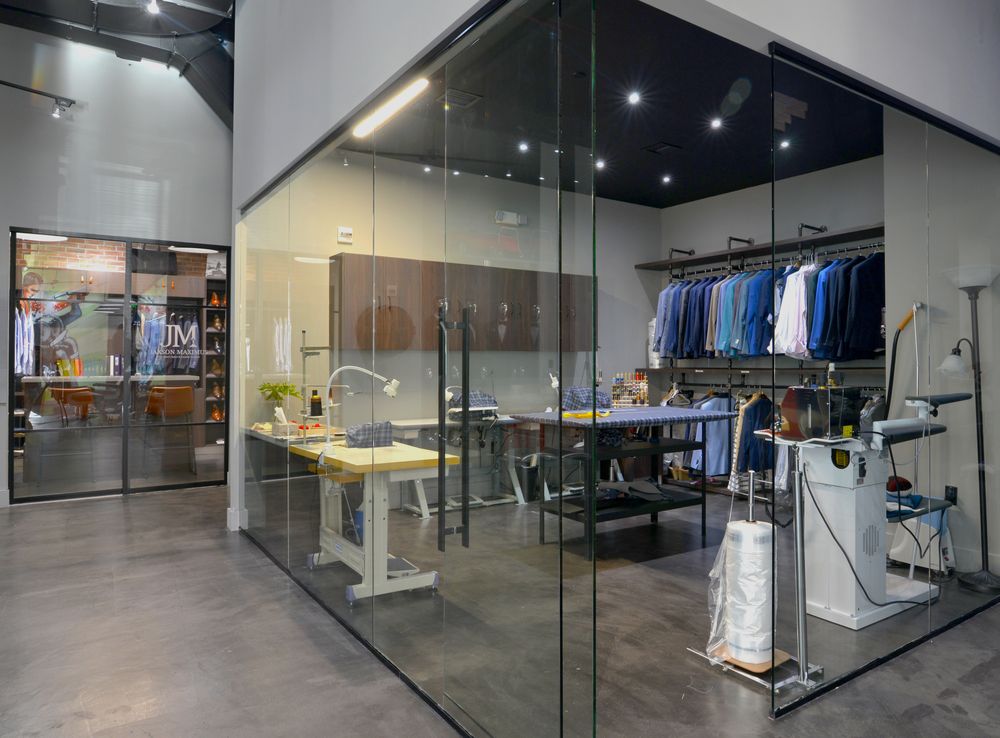 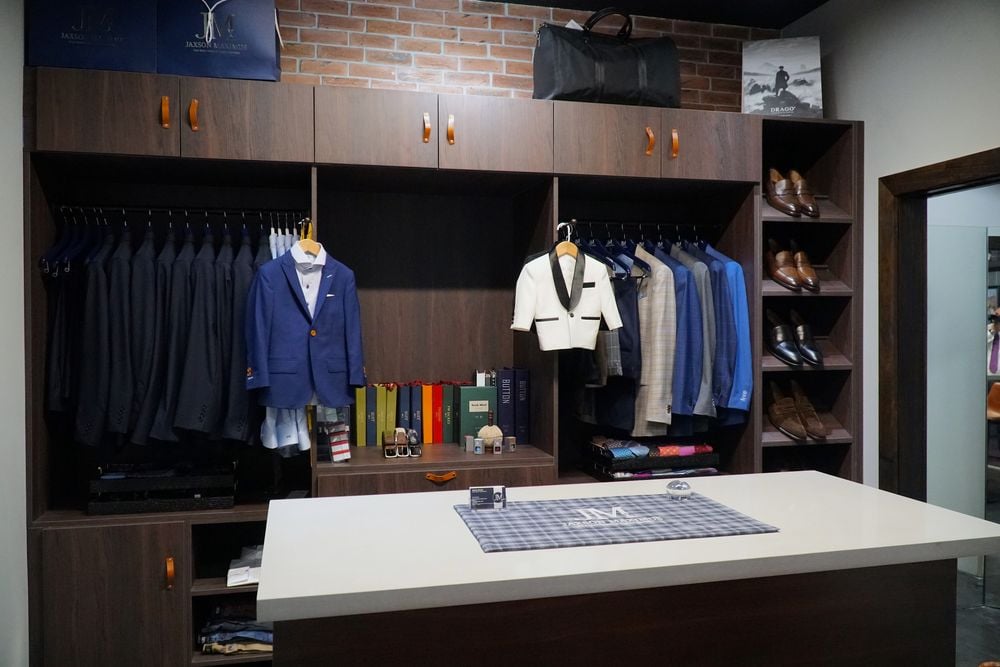 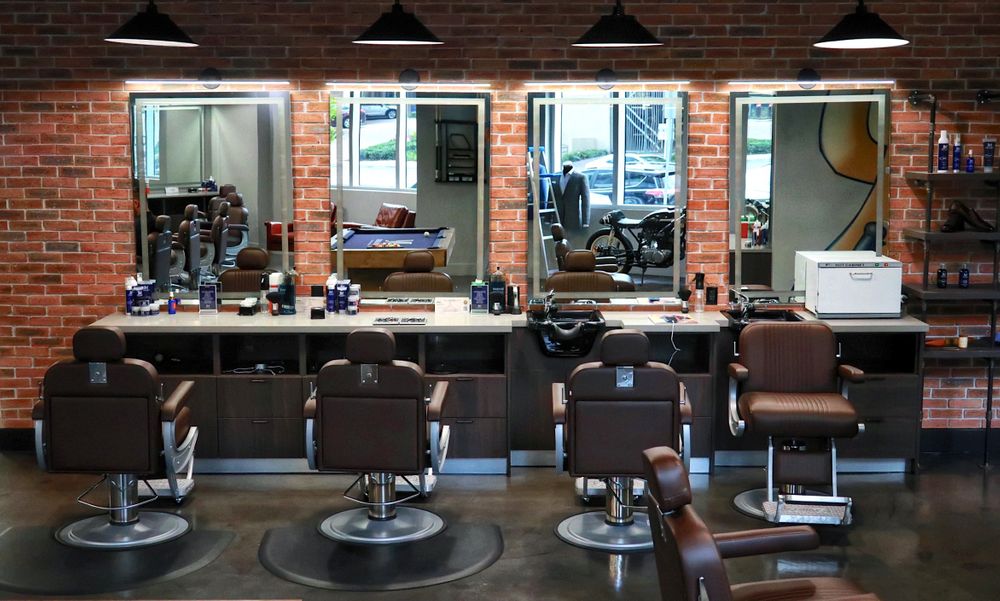 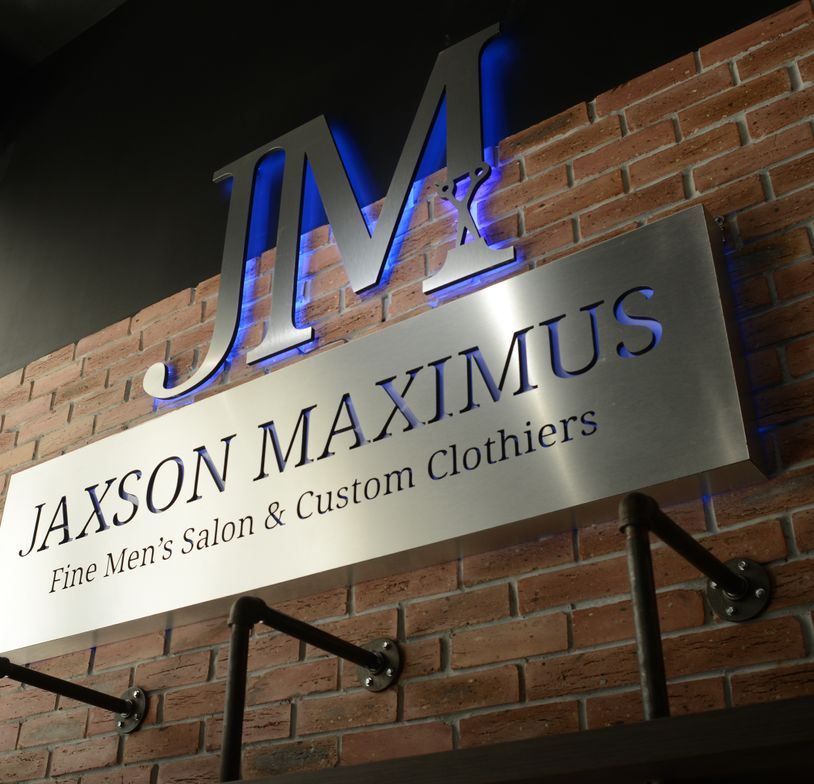 When Madison and Christian Boehm designed their Jaxson Maximus, their luxury custom clothing and fine men’s grooming establishment in Miami, Florida, they searched for a statement piece that would set their barbershop apart from all others.

They settled an actual Formula One Racecar which they hung on the reception wall. While the car itself is a real CART series last driven by Alex Zanardi in 2002, what is inspiration about the racecar is the story of the driver himself. Zanardi, a former F1 driver, tested the 2000 Reynard Chassis for Mo Nunn Racing driving 246 laps, and he opted to sign to the team for the 2001 Season.

On September 15th in his most competitive race at the American Memorial, Zanardi lost control of his car, causing fellow racer Alex Tagliani to crash into him at a speed of more than 200 mph, splitting his car in two. This nearly fatal crash caused Zanardi to lose both his legs. But he didn’t let this tragedy ruin his career. Since the accident, Zanardi designed his own prosthetic legs suitable for racing, and he continued racing all over the world.

In addition to the racecar, Jaxson Maximus’ reception area is decorated with a cow-skin run, a deer antler chandelier, and wall-to-wall industrial shelving that displays the barbershop’s retail products.

Once a guest has checked in, the front desk staff leads them toward the signature scotch and bourbon bar, offering them a complimentary drink. The bar houses up to eight chairs with signature red leather alligator wrapping around the bar itself.

While clients wait for their appointments, they have the opportunity to play a game of darts on the custom made whiskey barrel dartboard, and if they hit a bullseye, they win a gift on the house.

To the left of the bar, is one of three identical custom clothing styling stations. Designed to look like the inside of a man’s closet, the stations are where guests would meet with their custom stylists to design their garments.

Jaxson Maximus provides 100% custom-made garments and related accessories. A guest’s custom patter is derived from the stylist’s measurements of the guest’s body, then a patten is cut by hand prior to production by the master cutter. The clothier carries a selection of premium Italian, English and Austrian textiles. Just before the grooming space, Jaxson Maximus has a full tailor shop made out of all glass walls.

Taking roughly half of the business’s space is the fine men’s salon. The barbershop has 12 custom-made Collins barber chairs in a modern brown color with metal finishes. All of the mirror, counters and shelving is custom made to fit the wants and needs of the salon’s barbers and stylists.

In the middle of the floor, is a custom-made pool table designed to allow guests to play a game while they wait. The pool table contains the Jaxson Maximus logo, along with leather accents throughout the wood finish.

The Zen Room is a unique experience that is part of every signature hair cut—it’s a dimly lit room decorated with a giant waterfall hanging on the wall and calming music playing in the background.

During a guest’s trip to the Zen Room, the receive a warm paraffin hand treatment wrapped in warm towels. Once the guest is in complete relaxation, the barber/stylist gently massages the guest’s face with the signature Jax Max cleanser, finished with a hydrating Bro Mask. The owners report that many guests fall asleep in the chair.

To the back of the salon, is the manicure, pedicure and teeth whitening room. To mitigate the feeling of getting your teeth whited at the dentist, Jaxson Maximus decided to have clients sit inside a zero-gravity massage chair.