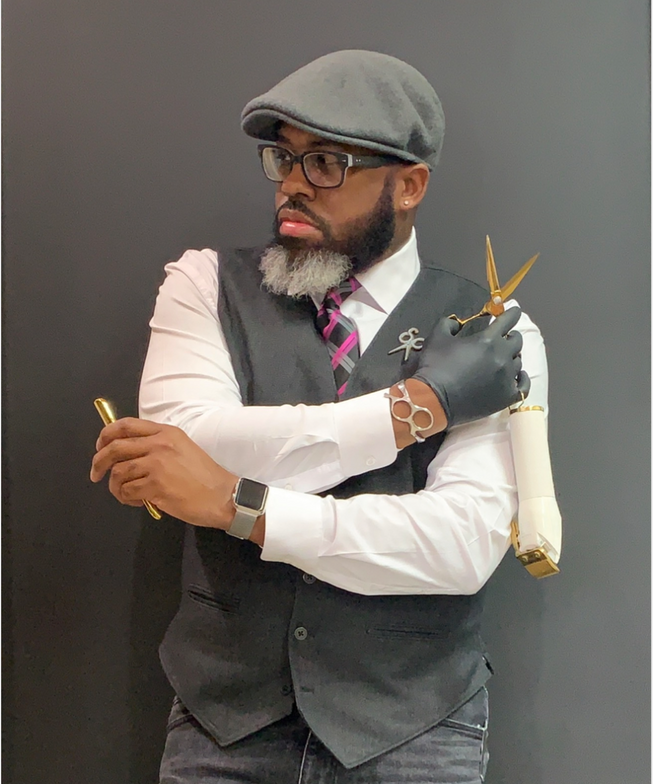 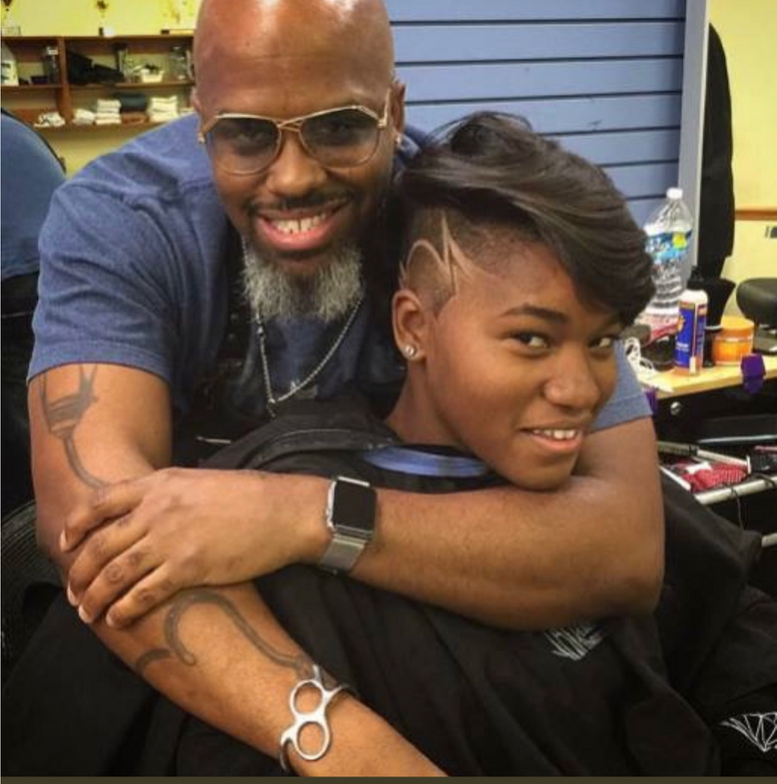 Campbell with his daughter Amari who has followed in his footsteps and become a barber. 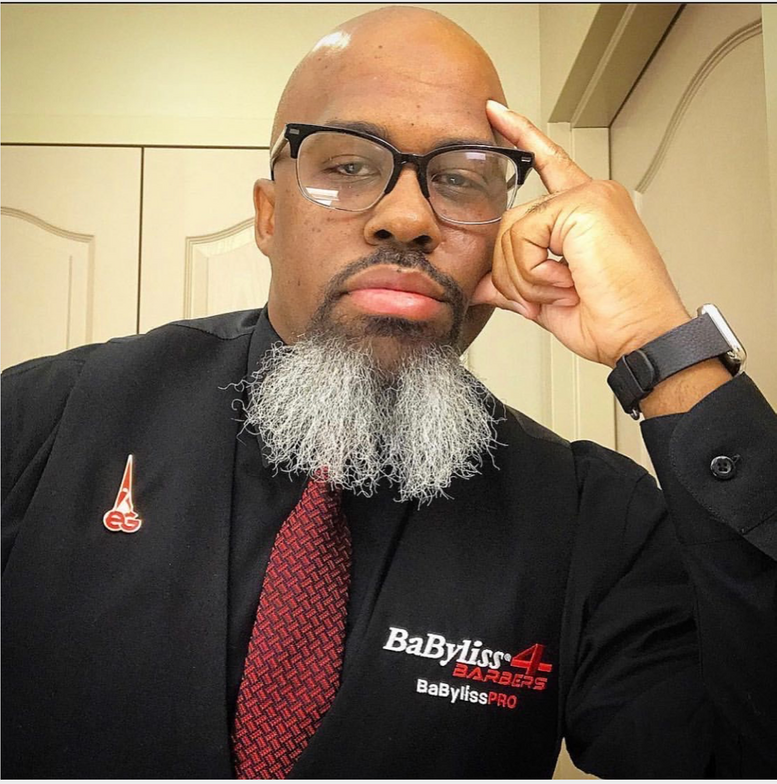 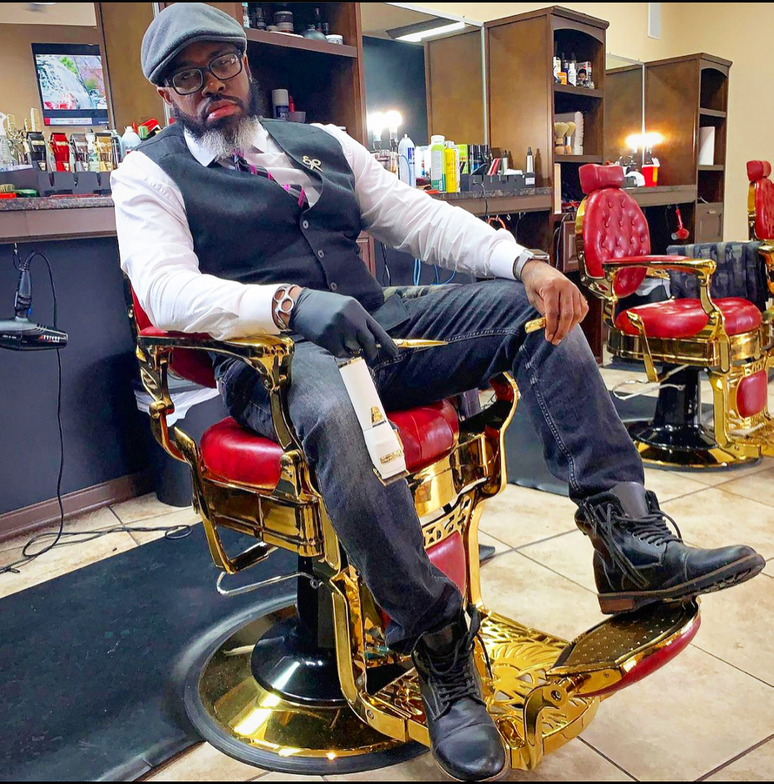 Campbell with his daughter Amari who has followed in his footsteps and become a barber.

Philadelphia is known for killer cheese steak sandwiches, passionate die-hard sports fans, Rocky Balboa, and it is the home to barber Van Campbell, owner of VOS Barber Lounge, established in 2019.

Campbell earned his barber license in 1994 from Tri-City Barber School in Philadelphia, but he was cutting hair long before that. He says, “At 10, I was already wanting to get my hair lined up at the barbershop every week. We couldn’t afford that, so my mom’s solution was getting me my own pair of clippers to do it myself.” Soon thereafter, he was practicing on all his friends and family.

He’s seen a lot of change in barbering and in himself since he’s started in the business. In the late 90s/early 00s, the only way to connect to the internet was from a computer that dialed in over a telephone landline. Barber education was not widely available at the major hair industry trade shows.

Philly is also home to Major League Barbers, who organized local barber trade shows across the country and held barber battles that Campbell competed in and judged. By 2013, Campbell had perfected his skills and started working with Kenny Duncan, barber educator for Andis, in his barbershop, Mane Attraction.

Campbell was soon accompanying Duncan to his education classes and started to learn how to be a teacher. He says, “There weren't any educator opportunities available at that time, I just wanted to learn for my personal growth and be ready when the opportunity does come up.”

Which is part of his GOAT mentality: always prepare for everything in life because you want to present and be the best version of yourself.

Campbell's dedication to learning, cutting hair and social media networking presented him with the opportunity in 2015 to audition for and be on the inaugural BabyLissPro Barberology Education team spearheaded by Jay Majors.

Next Gen GOAT kid Campbell says now, because of social media, “Newbies to barbering are catching it at a great time with education available across platforms and it makes learning very enticing. Schools are teaching how to cut all different textures with different types of tools.”

He is seeing more women barbers. In the early 1990s, he only knew of two older female barber instructors and there were four women in his barbering class of 25. He’s adamant that it doesn’t matter what gender you are, if you’re good at what you do, it’s all that matters—which is great since his now 22-year-old daughter Amari told him in 2019 she wanted to follow his footsteps and be a barber.

He says, “I was completely surprised because I never taught her how to cut hair!”

Amari moved to California with her mother when she was 14 years old and spent her childhood in her dad’s shop. The recently licensed barber from John Wesley International Barber and Beauty College in Long Beach, CA says, “Cutting hair is second nature to me. I love how satisfying it feels to cut hair. Seeing my dad be a great barber my whole life and watching the progress and success he’s made, makes me wanna do the same. I’ve always looked up to him.”

Her great dad of course hooked her up with all the BabyLissPro clippers and trimmers to get her started on her barbering career.