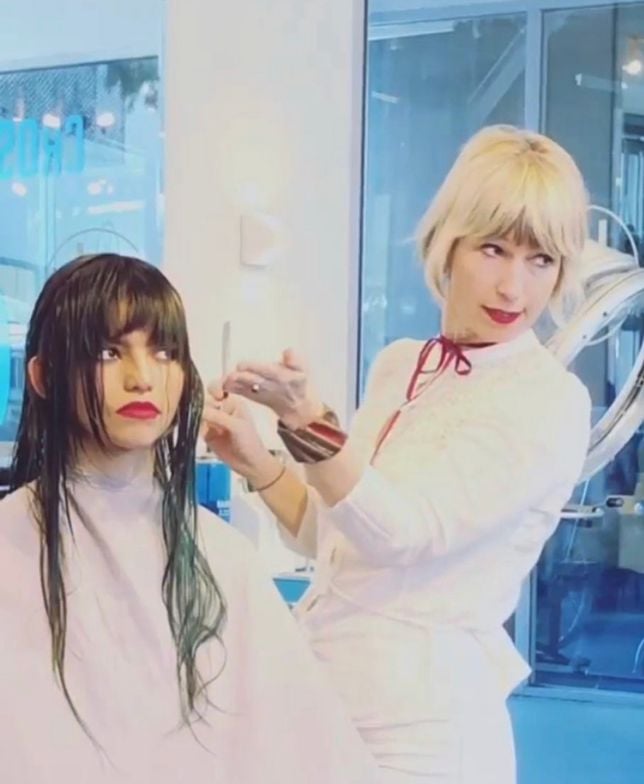 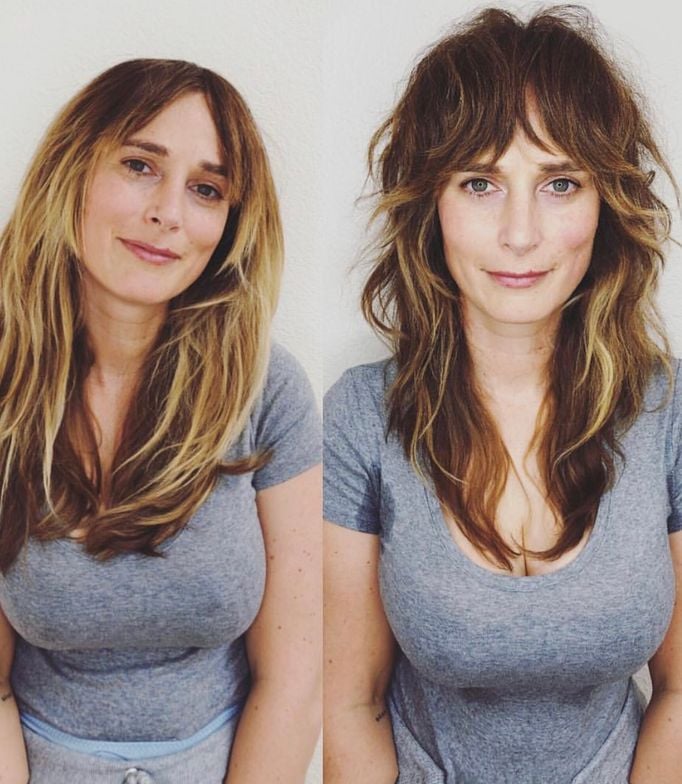 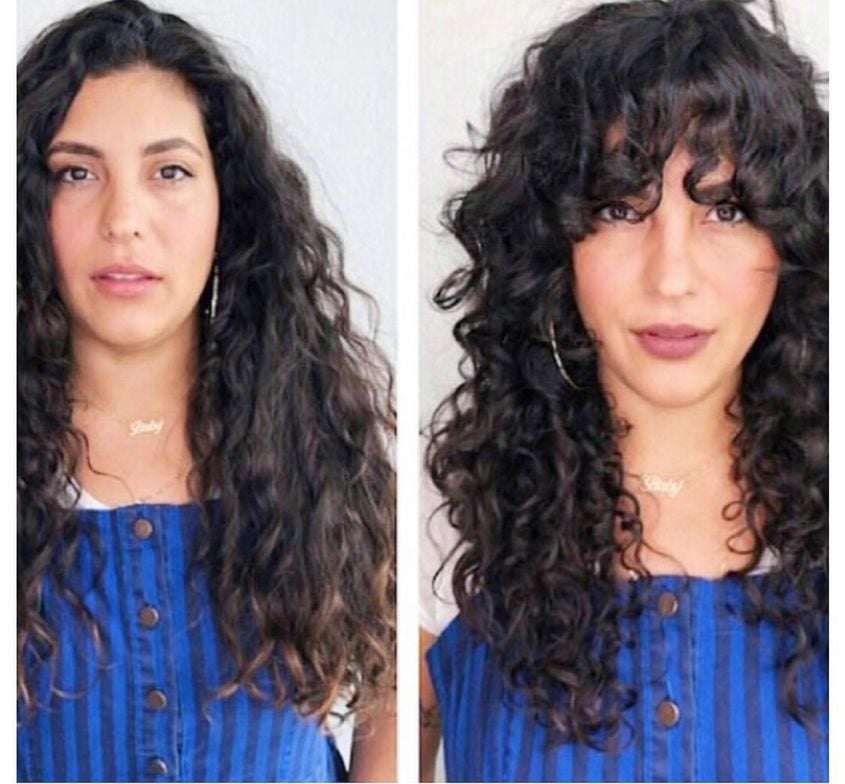 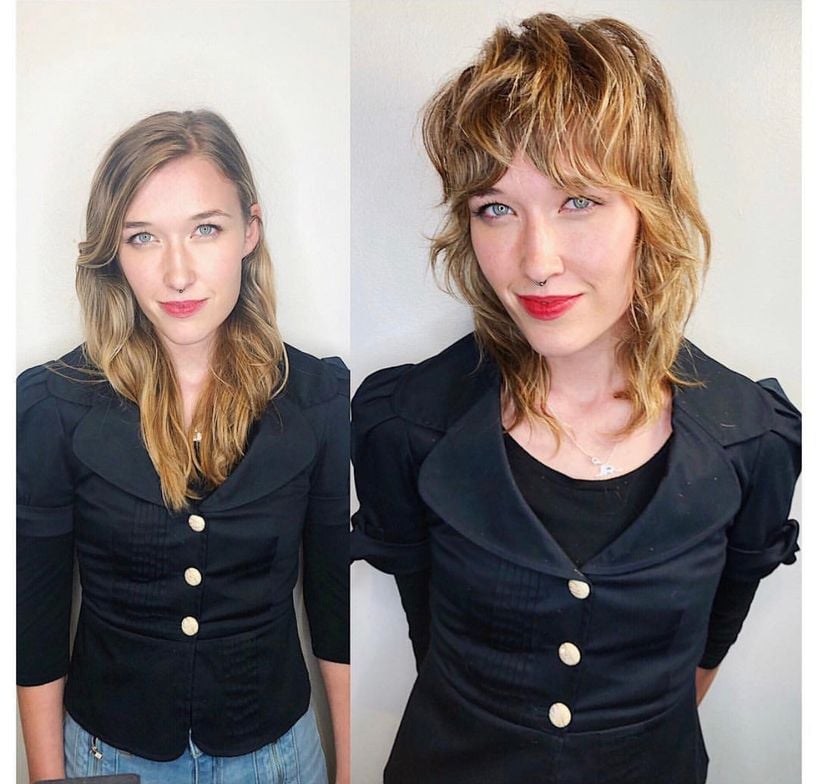 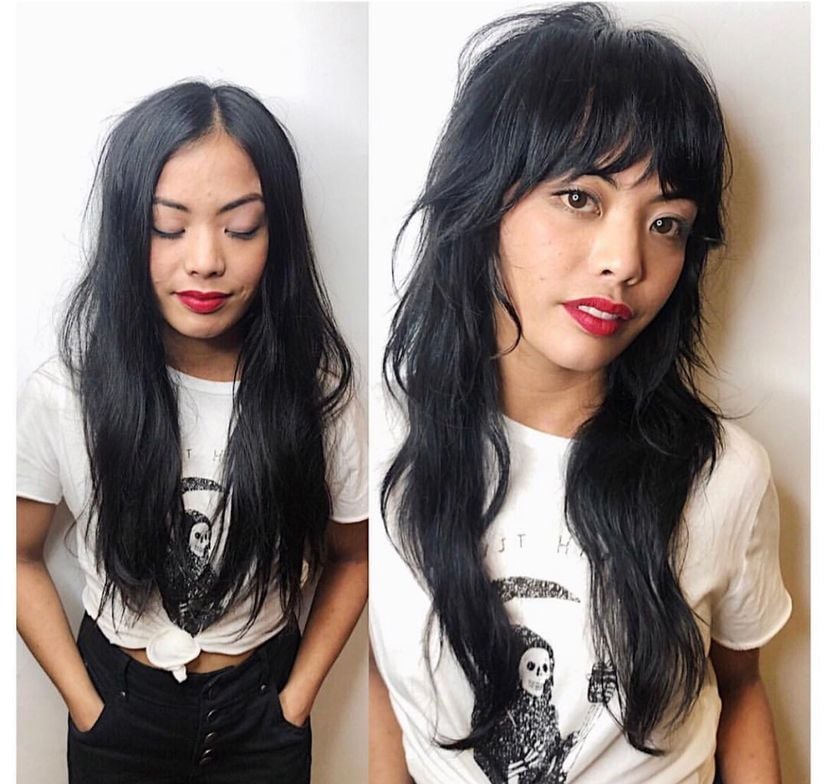 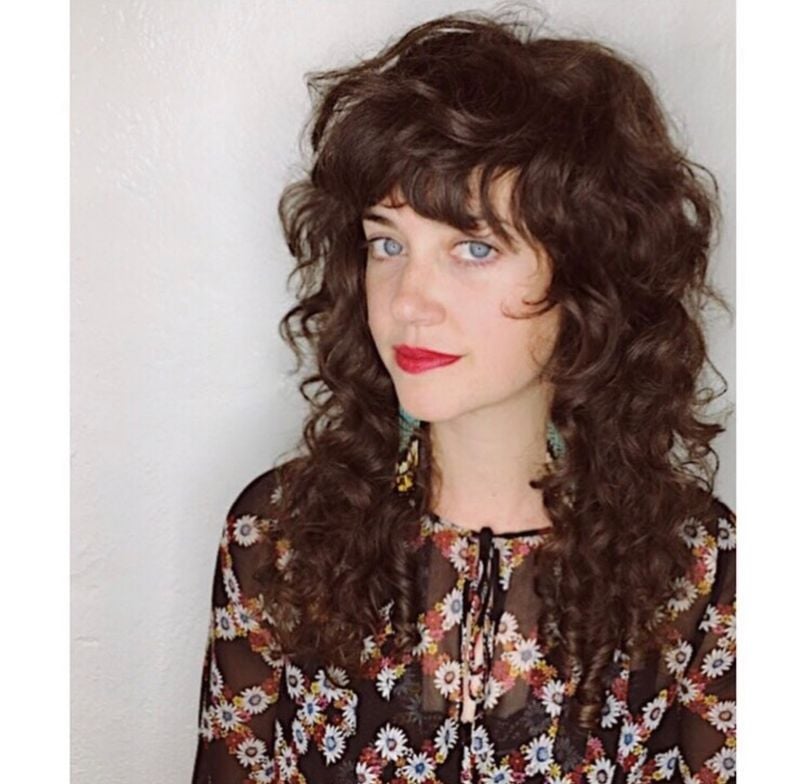 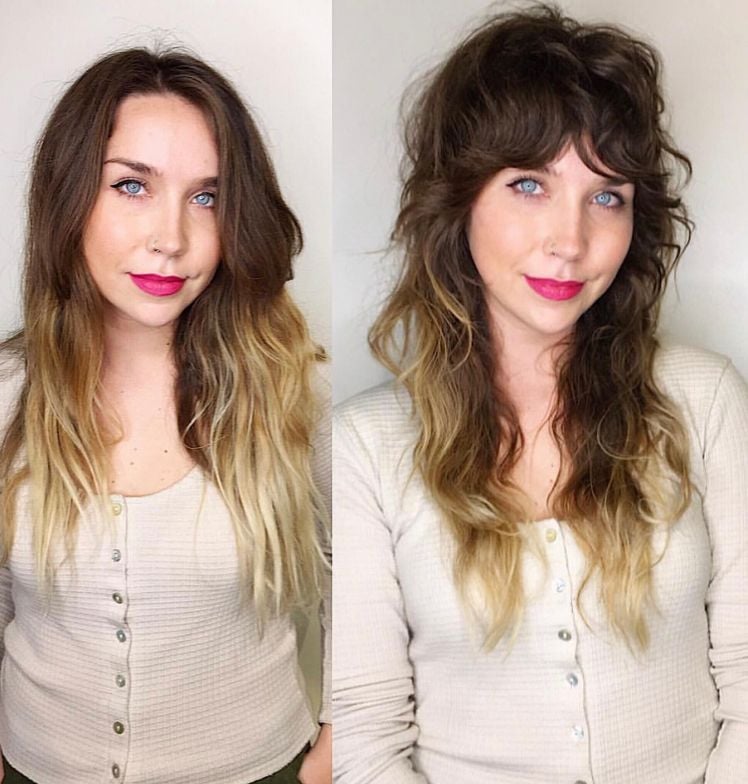 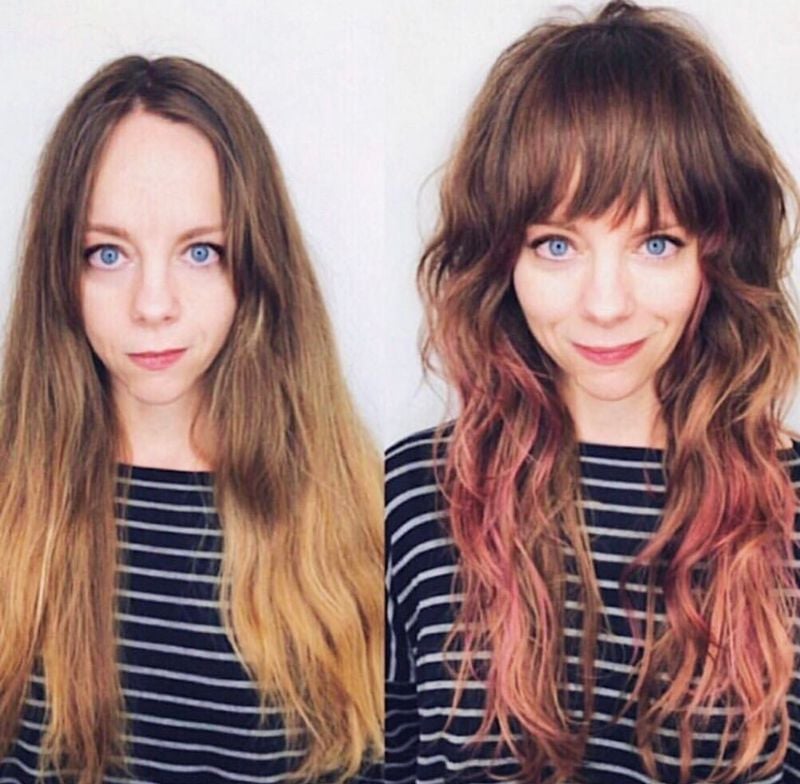 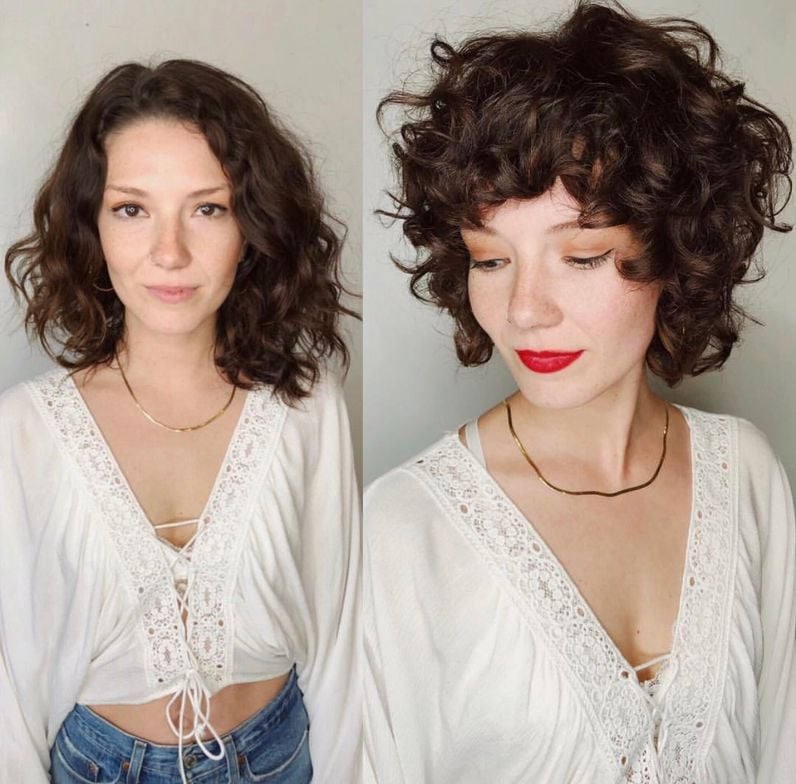 In the hands of Jayne Matthews @jayne_edosalon, co-owner and creative director of Edo Salon in San Francisco (and a newly opened cutting studio in Oakland), the shag haircut has become more than a shape, lately, it has become a movement, a veritable French boho hair happening!

Matthews started doing hair in San Francisco in 1993 and during that time, the vibe was heavy 70s. “There were lots of artists and musicians living in San Francisco at the time,” she says. “I and my friends and my clients, too, were all wearing 70s clothes—retro platform shoes and long polyester jumpsuits—and that 70s feathered hair.  It was the same time that the Jennifer Aniston hair was blowing up but we had all the arty kids at our shop and we were doing the shag.”

Matthews worked under “this really eccentric Japanese artist and stylist from Tokyo.” She credits him with influencing her cutting. “He was very avant-garde and I was with him for about a year. I learned how to remove a lot of weight and carve the hair from the interior out with my open scissors and then move on to the front.”

She opened her own shop in 1998 and connected with the artists at Bumble and bumble, bringing in their tiny product assortment along with their aesthetic and their emphasis on razor cutting.

“I was told I needed to meet them because they cut hair like me,” Matthews remembers. “I fell in love with their culture; they reminded me of the new wave of the 80s. They did effortless cuts, with a razor.  We loved them, they loved us, and they helped and mentored us to make Edo more high end while still maintaining the feel of a small boutique salon.”

As for Bumble and bumble's  radical use of razors, Matthews learned,“It’s all about the edge and the angle. It’s not scraping the hair; it’s really more carving, almost like ice skating. You can get so much more detail into a shape with a razor.” Her shag shapes are proof. Whether choppy and textured or wispy and face-framing, the balance is so beautiful and the structure so sound.

“I certainly didn’t invent the shag but it’s still going strong. It used to be just the Bardot-inspired French girl hair with a soft curtain bang and face framing bits with a little bit of crown layers and then it became more Stevie Nicks. Now, it going into a modern mullet and it is getting more and more diverse.

"The shag is more of a technique than it is a shape because it is more in the details.  It almost always features bangs but sometimes they can go to the chin and sometimes they are baby bangs.  It’s really about creating a shape where the hair can wake up and easily flow and go with the hair texture.”

For 17 years, Edo and team would travel to learn from the founding art directors and educators of Bumble and bumble. Eventually, Matthews realized it was time to educate on their own brand of razor cutting. “We were teaching it to our staff and other people wanted to learn from us. It was about this time I also started to use Instagram. Bumble and bumble was always encouraging us to document our work, and they taught us about taking fifty photos to get one good one.”

While her salon had been very successful using YELP to market their services, Instagram offered a place to celebrate their work in a new way.  She would put out the call on Instagram for models and soon was populating her feed with cool kids wearing her signature chiseled cuts.

“The fact that the Instagram got such a huge following is a surprise to me,” Matthews says. “I think it was this moment in time when the world of hairdressing needed to see something fresh and they needed to see something with a particular flavor. I’ve always loved the 60s and 70s and that is the opposite from the lob that you were seeing everywhere at the time.”

And while her salon’s Instagram was fueling a following, the salon stayed steady—no more, no less.

“The salon is exactly as successful as it has ever been. We have not earned one extra dime from IG because we can only take as many clients as we can take.  We are the same as we ever were.”

The visibility that came with Instagram success did change one thing; it increased the demand for her as an educator. “This has developed into a side business, separate from the salon, and it’s been intense.  I started last June and all my classes have sold out. I love teaching as I would teach my own staff; I break it down, I keep it simple, and I show some tricks that they can go home and use.”

One of the biggest is that she always stands in front of her client and carefully considers their face. "I look at the shape, the cheekbones, the eyes, even their dimples, and how you can frame those things. I don’t stick a cut onto their head like a wig. You need to tailor it for their face shape and I think that gets people really excited."

Want to learn with Jayne?  Put your name on her mailing list and she will let you know when the next hair happening is happening!