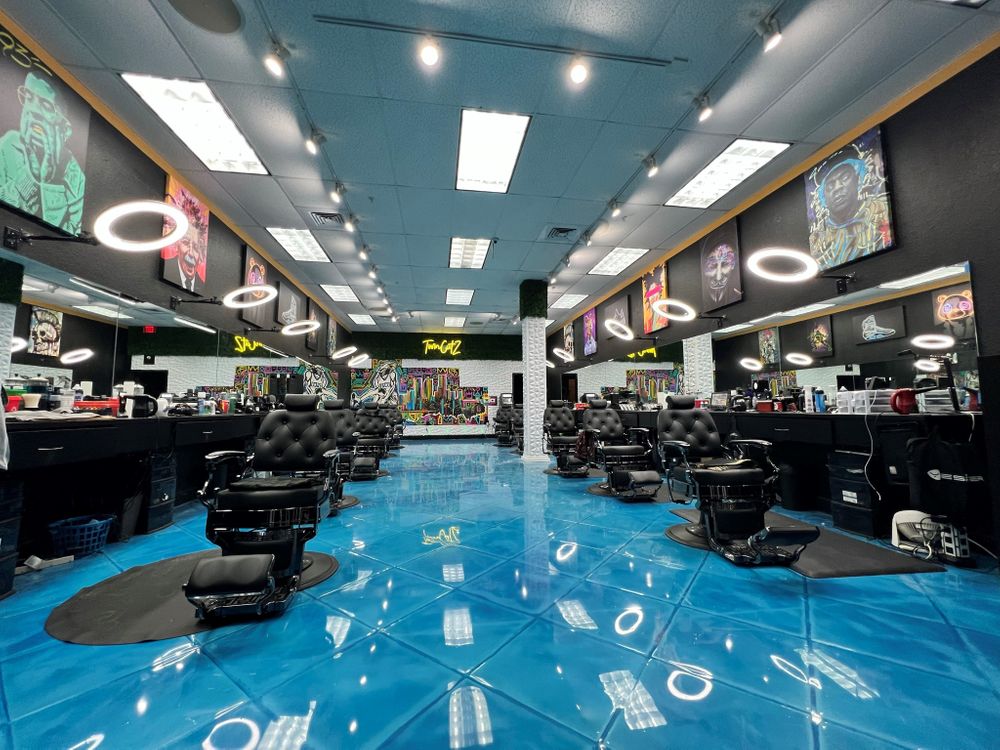 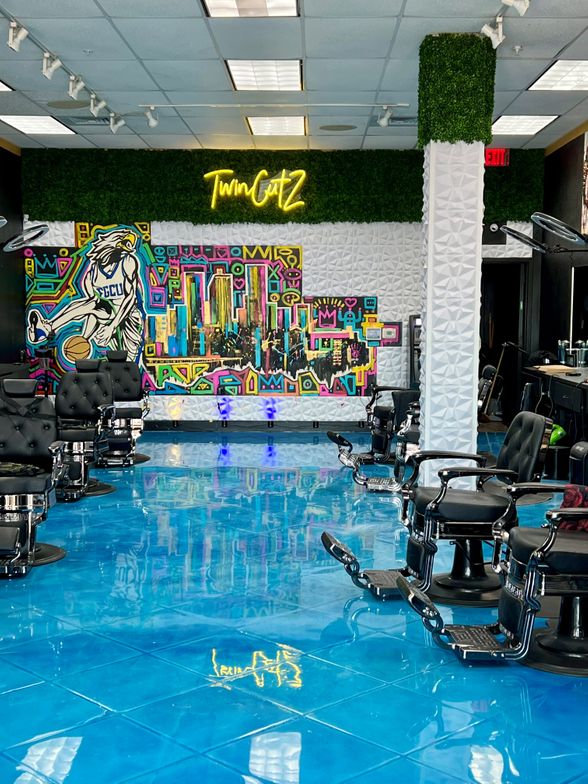 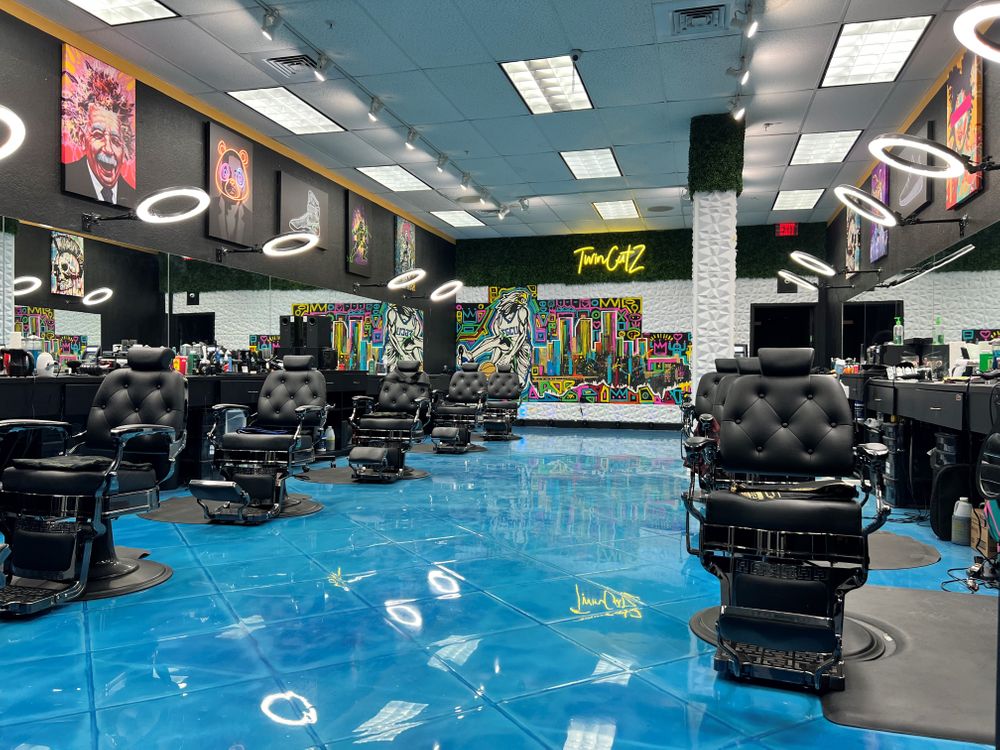 As the seventh location in Sean Casey’s barbershop empire, this particular TwinCutz is located in the Gulf Coast Town Center in Fort Meyers, Florida—right down the street from Florida Gulf Coast University (FGCU). When the FGCU men’s basketball team made national history as the first 16th seed to break into the Sweet 16 tournament, Casey was the official barber for the team.

“Their win became our win, too,” says Casey. “The shop became, and still is, the go-to for students, and we celebrate that relationship with a mural that honors Fort Meyers as it officially earned the nickname ‘Dunk City.’ This artwork showcases our loyalty to our community and our support for the students of FGCU.”

The barbershop’s bright blue epoxy floor is its own piece or art, but it also was Casey’s biggest design challenge. He spent almost a year trying to find a contractor who could transform it. “We wanted an epoxy finish, but we were working with a tile floor instead of cement—we had to grind down the tile and place two coats of primer before adding the two coats of epoxy.”

The wait was well worth it, because the blue shine of the finished floor catches the eye, even of people simply passing by, who stop in to enquire how it was created. “Not only does the floor bring a vibrant look to the space,” says Casey. “But it is an artistic nod to FGCU and the waterways of South Florida.

Casey is proud that his barbershops hire a diversity of people and specialize in offering services for all hair textures. Decorated with many pop culture artworks, the barbershop has an artistic vibe similar to an art galley, which channels a neutral atmosphere that welcomes all people.

“The artwork throughout the barbershop highlights thought-provoking geniuses,” Casey says. “The artwork features historical artists like Keith Haring and Basquiat, and features musical figures in rock, hip hop and reggaeton, as well as scientists like Albert Einstein, fashion design, and nostalgia like the Teenage Mutant Ninja Turtles.”